“I’m really happy to have finally released the entire EP! This project only marks the beginning of the growth in my music. I’m so happy to see how people are reacting, it makes me really fulfilled to know my music has touched people,” says UMI on today’s Love Language EP release.

UMI has released one new visual track per week from the Love Language EP which combined have garnered over 3 million views to date. Each song and episode features unique sounds and styles that have drawn in UMI’s fans and have been praised by critics. Nylon said of last week’s episode “Runnin’” ft. Yeek, “I’ve never heard a vocal pairing sound more cozy,” while Ones To Watch called “Sukidakara” a track “the world needs to hear”. Love Language’s debut track, “Love Affair,” was called “incredible” by Elevator Mag, and UMI is already being deemed a “must know artist” by outlets like E! and Coup de Main. 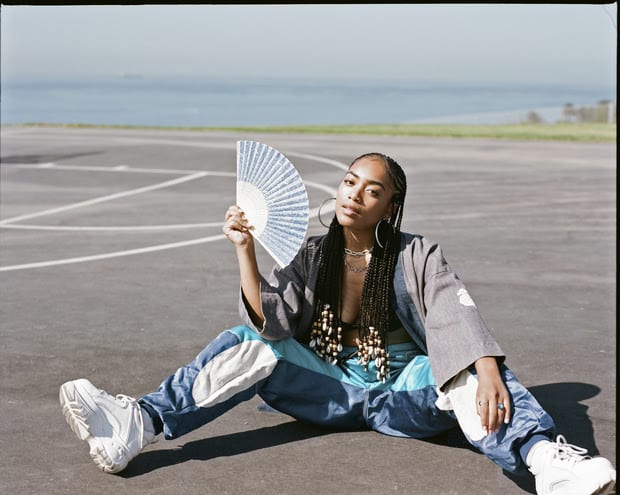 This week marks the start of UMI’s fall tour opening for Conan Gray. The tour hits major cities across North America including Nashville, Chicago, Toronto, New York, Boston, Philadelphia and more. Full tour dates are listed below and are on sale now here.

Love Language is informed by UMI’s upbringing as a mixed-race girl in America. Always feeling slightly out of place, she turned to music from Sade, Erykah Badu, Seiko
Matsuda, Crystal Kay and many more to help her parse her place in the world. The EP explores race and intersectionality through UMI’s lens of working as a mixed-race woman in the music industry, and is fundamentally about love and the many ways it is received and given.

UMI wrote and produced the EP in Los Angeles and worked with a team including writer Taofik Kolade (“Atlanta,” “Barry”) and director Will Kindrick (Brian Wilson, Ice Cube, Mates of State) to write, cast, animate and direct the EP’s four parts. UMI has partnered with Loud
Robot, a new music label from J.J. Abrams’ Bad Robot, for the release of Love Language.

UMI, born Tierra Umi Wilson, is a 20-year-old songwriter, vocalist and producer raised in Seattle and now based in Los Angeles. A former University of Southern California music student, UMI dropped out to focus on her unique R&B sound, acclaimed by Complex, Coup De Main, Ones To Watch and more. Her debut EP, Interlude, was released last year.