NEW ALBUM, IN THE MORSE CODE OF
BRAKE LIGHTS, DUE SEPTEMBER 27 VIA COLLECTED WORKS/CONCORD RECORDS

ON TOUR THIS FALL 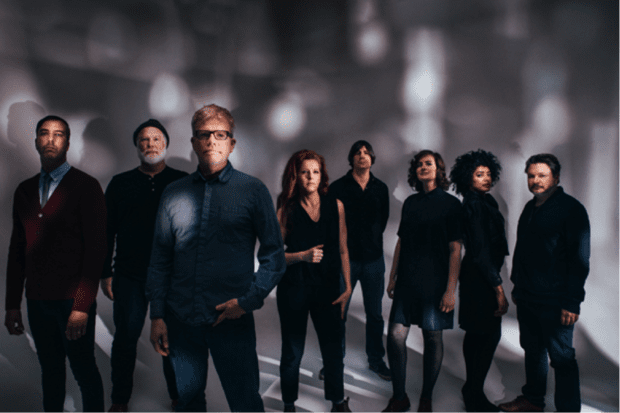 Critically acclaimed group The New Pornographers debut “The Surprise Knock” today. The track is the second single from the group’s highly anticipated new album, In The Morse Code Of Brake Lights, due September 27 via the band’s own Collected Work Records imprint in partnership with Concord Records. Listen/share HERE, pre-order the album HERE.

Frontperson and songwriter A.C. Newman says, “‘The Surprise Knock’ had a different feel when we first recorded it—and I wouldn’t mind releasing that version at some point. But as I was listening to it, I thought, ‘Why don’t we play this song like New Pornographers 2005?’ Then we just replayed it with that feel. I thought enough time has passed that I feel like I can play songs that sort of sound like a classic a sound and not feel like I’m repeating myself, because it’s been so long. That was definitely a part of it: just wanting to…I hate to say ‘get back,’ but just get more slightly raucous and sounding more like a band.”

The band recently premiered the first single, “Falling Down The Stairs Of Your Smile,” from the new album, which Stereogum dubbed “candy-coated power-pop.” Listen/share the track and watch a visualizer based on the album art HERE.

The band is set to tour North America this fall in support of the new record. Tickets are available for purchase at thenewpornographers.com. The tour includes dates at Chicago’s Vic Theatre, Washington, DC’s 9:30 Club and New York’s Brooklyn Steel, see below for a complete itinerary.

“I was about two-thirds of the way through the record when I began to notice that lyrically so much of it was pointing toward car songs,” notes Newman. “The opening track is ‘You’ll Need a Backseat Driver,’ and that was a metaphor that seemed to be running through other songs, too. Next to the love song, I feel like the car song is one of the most iconic kinds of songs in pop music, from Chuck Berry to the present. There was so much of that throughout it that I started thinking: ‘Oh, no, there’s too many references to cars on this record!’ And then I thought, ‘No, that’s good—people might think it’s a concept album.’”

The New Pornographers have released seven studio albums to date including their most recent,Whiteout Conditions. The first album released on their own imprint, Collected Works Records, in partnership with Concord Records, the album received widespread acclaim and was hailed as “rich with new wave synths and closely blended harmonies” by Pitchfork, while Rolling Stonepraised its “uplifting three to four minute indie-pop numbers, imbued with lush vocals.” 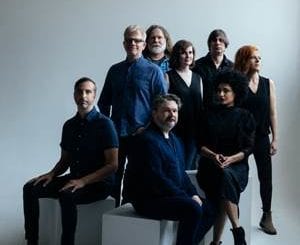