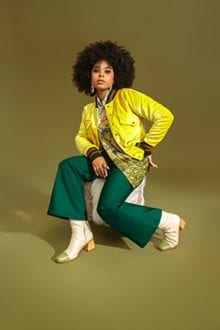 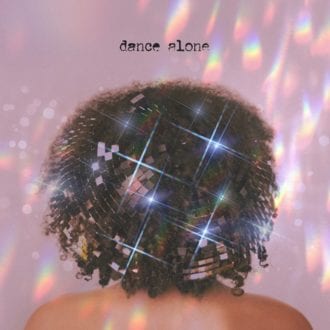 July 10, 2020—Breakout artist Tayla Parx debuts the video for her latest single, “Dance Alone,” which is out now on TaylaMade/Atlantic Records; watch/share it here: TaylaParx.lnk.to/DanceAloneVideo. More music to come soon from Parx, who is set to release a new album, Coping Mechanisms, later this year.

Of the video, Parx says, “We’re all stuck inside, while coping with being away from loved ones more than usual. We need human connection, but at least when you’re home dancing in your pajamas while blasting your favorite song, you feel a little less alone. You have the music to keep you company. Show me you’re dancing alone if you can relate.”

Last year, Parx released her debut album, We Need To Talk, via Atlantic Records to widespread critical praise—The New York Times proclaimed, “The new album, like Parx’s best hits, is playful and conversational, blending pop, R&B and traces of rap with plenty of Grande-esque high notes,” while Rolling Stone called it “a solid pop manifesto from a child-star-turned-pop-savant.” Variety added, “Fans finally got a glimpse of the preternaturally seasoned songwriter.”

Taylor Parks, known by her stage name Tayla Parx, was born and raised in Dallas, TX where she trained with legendary choreographer Debbie Allen who encouraged her to pursue acting and singing. After moving to Los Angeles, she began to hone in on her musical talents and released her 2017 mixtape, TaylaMade, which has garnered over 25 million streams. When Parx released We Need To Talk she was the first female songwriter to have three simultaneous top 10 songs—Ariana Grande’s “7 Rings” and “thank u, next,” and Panic! At The Disco’s “High Hopes”—in the Billboard Hot 100 since 2014 while also winning Billboard’s “2019 Hitmaker Award.”

Parx was previously Grammy-nominated through her work on Grande’s Thank U, Next, “7 Rings” and “My Everything,” Janelle Monáe’s Dirty Computer, Christina Aguilera’s “Like I Do” featuring GoldLink, The Internet’s “Ego Death” and Hairspray. In 2019, Parx also performed as a special guest on Lizzo’s “Cuz I Love You Tour” and Anderson .Paak’s “ABC Tour” while launching “Burnout,” a landmark new songwriting camp with the aim of fostering perspective, balance and self-care for creative artists. The premiere “Burnout” camp was held in Brooklyn, NY this past October, with further camps planned for the coming months. Additional information can be found here: twitter.com/blazingburnout.