Visions At The Stars 7” Out August 30th 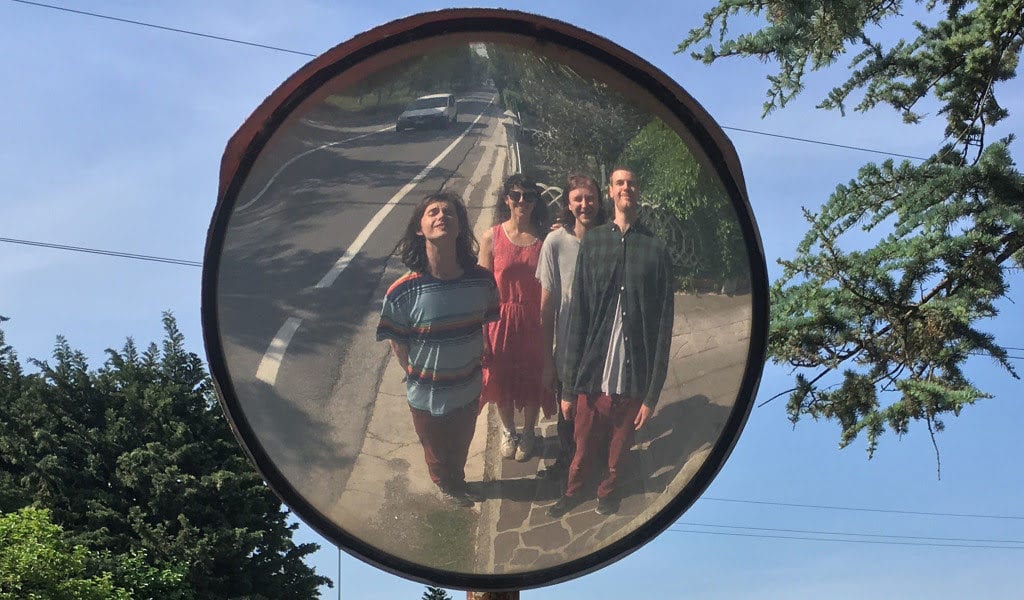 Today, Glasgow’s Spinning Coin share “Not A Dream,” the B-side to previously released track “Visions At The Stars.” The quartet made up of Sean Armstrong (vocals, guitar), Jack Mellin(vocals, guitar), Rachel Taylor (bass, vocals) and Chris White (drums) will release their new 7” single on August 30th via The Pastels’ Domino imprint Geographic Music.

In typical Spinning Coin fashion, the group oscillates on songwriting duties, with Jack in charge of “Not A Dream”. He says of the song: “Not A Dream is about trying to escape the constant barrage of harmful information we find in the world around us. In particular, advertisements that promote conformity and fear. People are educated to be close-minded, scared and selfish. The song is about trying to fall asleep, daydream and drop out of the world for a minute, but finding it impossible.”

Watch the previously shared video for “Visions At The Stars” HERE

Visions At The Stars will be released as a 7” and digitally.
Pre-order: Dom Mart | Digital

“the romantic tropes of indie pop made malleable to fit Spinning Coin’s struggles with money, love, and alcohol. They do it all effortlessly, and therein lies their charm.” BANDCAMP

“a dash of the abstract, a lot of jangly-but-forceful 1992-era Ride, and a not small amount of skillfully employed pedal effects.” FLOOD