Join us for a Texas-sized food fest and backyard BBQ party in the heart of downtown Dallas, Sept. 21.  Enjoy finger-lickin’ tastings from 20 of the most celebrated BBQ joints from across the Lonestar State.

ALL the BBQ, along with sides and desserts are included in your ticket!

BBQ tastes better with good country music and we’re serving up some hot tunes on our Main Stage with honky tonk legend Dale Watson, Straight Tequila Night and The 40 Acre Mule.  On the opposite end of the park our Tate Farms Stage will feature Frankie Leonie, Mike Randall and LuLu and the Black Sheep.

Along with great BBQ and music, Smoked Dallas offers family-friendly activities and games, including armadillo races, a mechanical bull, and so much more. 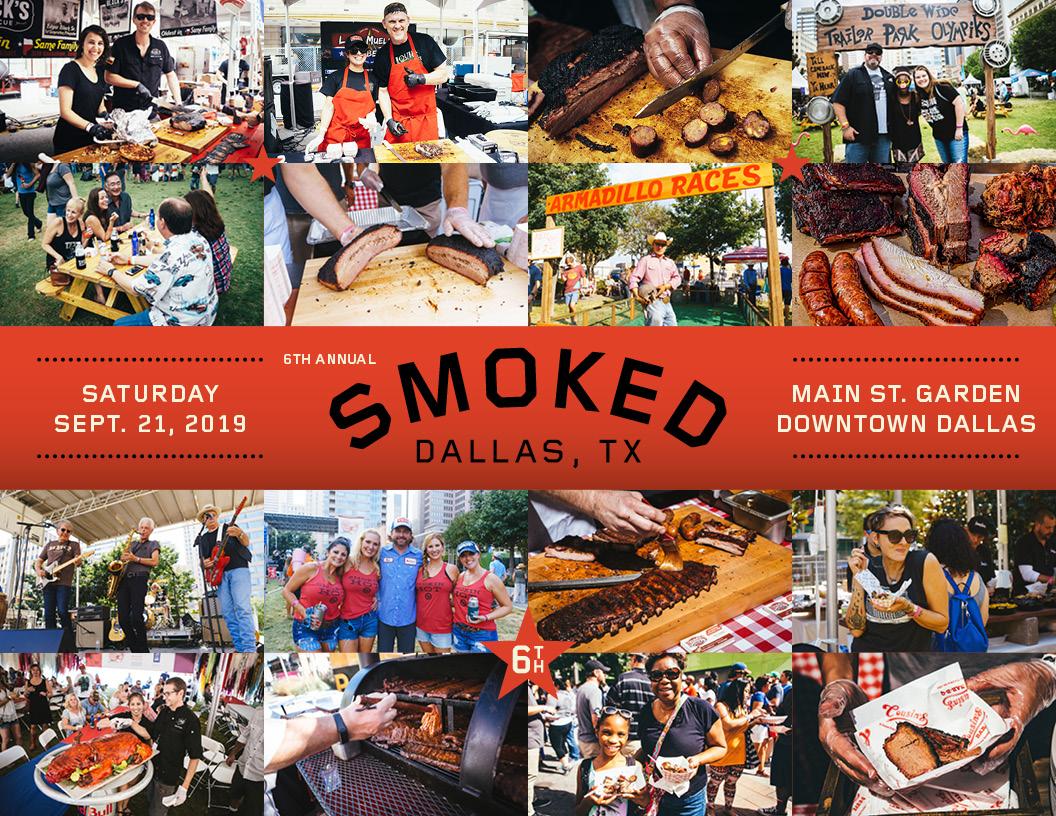 BBQ ON THE BRAZOS (CRESSON)

Smoked Dallas is from 2PM – 6PM with complimentary BBQ from every restaurant included until 5PM. Plus sides and desserts. No one is going home hungry at Smoked Dallas!

Ticket Holder agrees to comply with the rules of the Smoked Dallas BBQ & Music Festival, all applicable laws, and consents to the use of his/her name, image, voice, likeness by Sonar Events or any of its successors, licensee and assigns in any live or recorded transmission, reproduction, display or other exploitation in any and all media now known or hereafter devised in perpetuity throughout the universe. Everything is subject to change. Smoked Dallas is a rain or shine event. No refunds.