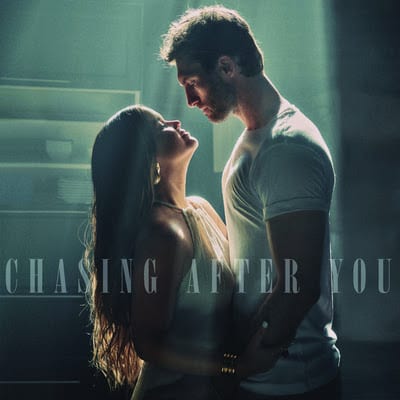 Ryan Hurd and Maren Morris’ first official duet as a married couple, “Chasing After You, ” is the most added song at country radio upon impact this week.

“Hurd and country femmepowerment superstar Maren Morris,
who also happens to be his wife, untangle the complications of a
stop/start relationship with a hunger that transcends the merely carnal…
‘Chasing After You’ is more than the thrill of the hunt; it’s how we
ultimately get the things that we want.”—Hits Daily Double

Additionally, watch the recently shared acoustic performance of the song HERE and their chat about the collaboration with CBS This Morning’s Anthony Mason HERE.

Arista Nashville singer songwriter Ryan Hurd has garnered more than 382 million career streams worldwide and caught the attention of entertainment tastemakers including Esquire, GQ, Maxim, American Songwriter, Billboard, People, NBC’s “TODAY” and more. With co-pen credits on some of country music’s biggest hits by Blake Shelton and Luke Bryan, the Kalamazoo native continues his hit-producing path with “Chasing After You,” which follows his 2020 EOM EP featuring “Every Other Memory,” dubbed one of the “Best Songs of April 2020” by TIME. His 2019 Gold-certified Top 20 song “To A T,” went #1 at SiriusXM The Highway’s Hot 30 Countdown.

Maren’s triple-Platinum, Grammy-nominated single “The Bones”—from her massively acclaimed, record shattering 2019 album GIRL—dominated 2020, topping the Billboard Hot Country Songs chart for 19 consecutive weeks and becoming the first solo female multi-week #1 at country radio since 2012. Most recently, she performed the track with John Mayer at the 2021 Grammys.

The Grammy-winning artist kicked off 2021 with a performance of her protest song in support of Black Lives Matter “Better Than We Found It” on “The Late Show with Stephen Colbert” as well as a performance of her collaboration with Grammy-nominated singer, songwriter and multi-instrumentalist JP Saxe “Line By Line” on “The Late Late Show with James Corden.”