DIRECT FROM ITS SMASH-HIT RUN ON BROADWAY,

ROCKTOPIA IS LAUNCHING ITS NATIONAL TOUR

DON’T MISS ROCKTOPIA COMING TO The Theatre at Grand Prairie

a 6-week run), the international music sensation ROCKTOPIA will kick off a tour this

spring. An explosive musical concert event that fuses the most iconic 20th-century

rock with world-renowned classical masterpieces, ROCKTOPIA features the works of

Aerosmith, Handel, Led Zeppelin, Tchaikovsky, U2, Heart, Puccini, The Who and

more—performed by an elite lineup of vocalists, a five-piece rock band, a thirty-person

choir, and a symphony orchestra.

vocalists, a 5-piece rock band, a choir of 30, and a symphony orchestra.

Watch the PBS broadcast special “Rocktopia: Live from Budapest” this Thursday, March 14 for your 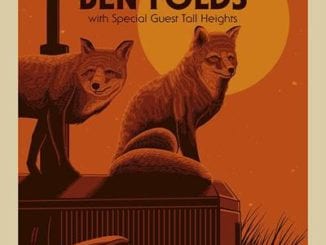