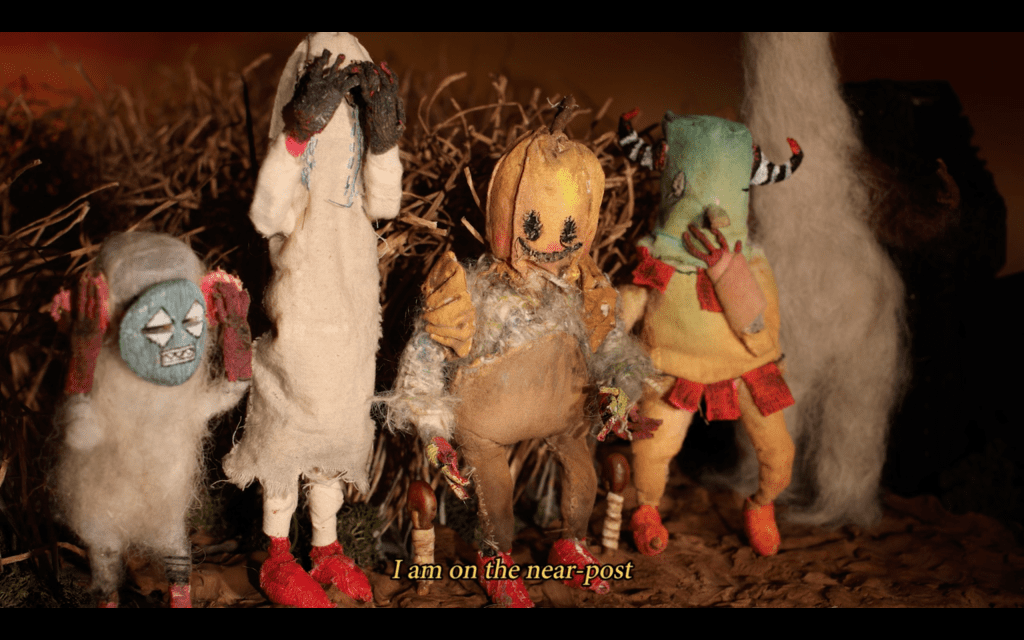 Praise for Richard Dawson:
“unpretentious, cinematic, and moving” THE FADER on “Jogging”
“I know what I like. And I LOVE Richard Dawson! I’m not alone.” TINY MIX TAPES
“the most beautiful music Dawson has ever recorded.” PITCHFORK (8/10) on Peasant

As we draw closer to the release of his new record, 2020, Richard Dawson has shared the video for new track, “Two Halves”, animated and directed by Lesley-Anne Rose. “Two Halves” is one of Dawson’s most melodic and catchy tracks to date, shown through the lens of a tumultuous relationship between a father and child over a childhood soccer match.

Dawson on “Two Halves”:
“Football [soccer] is society in microcosm. I really love it (and hate plenty about it too) and wanted to make an album around the subject for some time. I’ve got other fish to fry though so this is just a simple song. I reckon it’s quite a happy one, despite it involving a kid having a really terrible game (in their mind at least) with their irate dad watching on. My own footballing days are lost in a haze – in my pomp I was a chiselling ‘Gattuso’-type holding-midfielder – but I’ve taken fresh inspiration from going to watch my nephew play for Wallsend Boys Club, some pleasant drizzly afternoons at Heaton Stan (behind the chip shop) and many excruciating visits to St. James Park – the cathedral of dreams.”

In addition to “Two Halves”, Richard Dawson will be curating a special one-off event – Delight Is Right – at London’s Barbican Centre on March 28, 2020. The eclectic line-up (currently unannounced) will reflect the breadth of Dawson’s influences and performances will stretch across two stages and culminate in a headline Richard Dawson set and a very exciting collaboration in the Barbican Hall. More details on Delight Is Right can be found HERE.

Watch the video for “Jogging” HERE

On 2020, Dawson introduces us to grand themes through small lives. His are portraits of human beings struggling with recognizable concerns, conflicts and desires, each reminding us that tragedy and gallows humor are not mutually exclusive, and that the magical can sit next to the mundane. Lyrically it is by far Dawson’s hardest-hitting and unflinchingly honest album to date. It is his poetic masterwork.