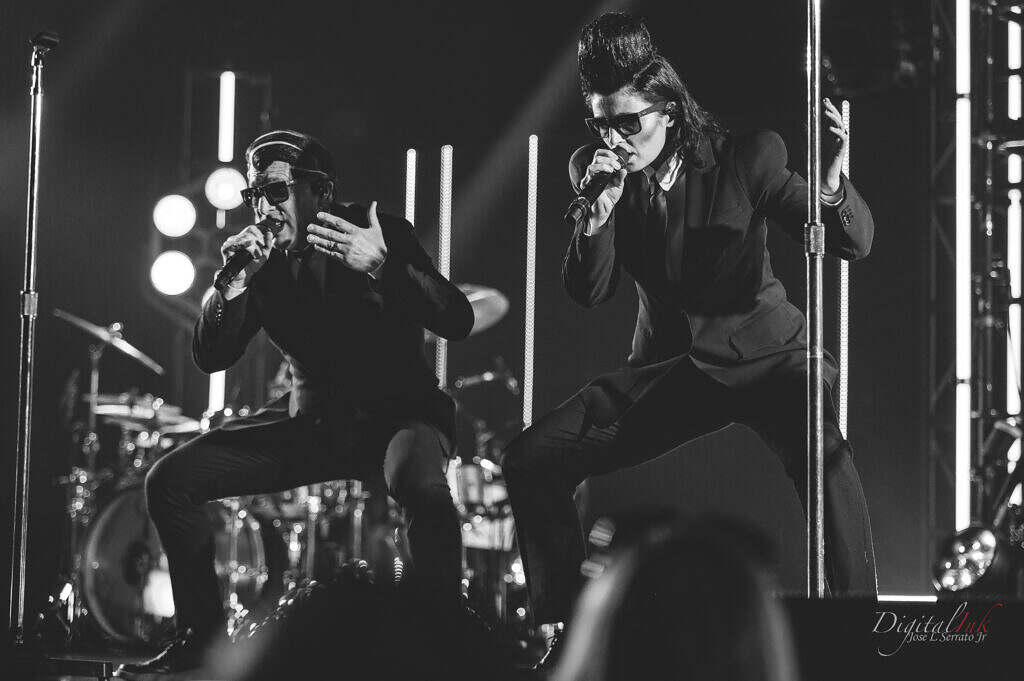 Photos and words by Jose Serrato

Photos from the show

Pusciforce Agents continued their ongoing investigation, called Operation Briefcase, at the McFarlin Memorial Theater in University Park on Thursday night. Albeit a classified mission, Agent Dick Merkin was having trouble not leaking information on Project Puscifer and the Existential Reckoning sightings. Agent Merkin, or Maynard James Keenan, started off the night with a message via video warning the sold-out crowd of the consequences for using your phone during the concert to take pictures or video. To sum it up, you would be put into a grinder and be added to SPAM meat. Or you would simply be asked to leave the venue. I witnessed one person being escorted out by what seemed to be the band’s security shortly after the second song. The threat of being turned into canned meat was great as we all enjoyed the show without seeing hundreds of cellphones in the air.

Along with vocalist Carina Round, guitarist Mat Mitchell, drummer Gunnar Olsen and bassist Josh Moreau, the Puscifer crew put on a theatrical performance that had my eyes scanning the entire stage closely to not miss a thing. That alien just appeared in the smoke filled floor and I didn’t see it come in. Yes of course there were aliens because why the hell not. It’s Puscifer and it’s their home and their rules. “Respect them or bitches receive stitches. Trolls receive 86’s.”

Maynard and Carina went from playing off of each other on stage to standing very stoic on a high platform. With the entire band dressed in black suits, the sound seemed flawless. We won’t mention the moment when Carina nearly missed her cue on the keys that had her leap back to her spot and giving the band a laugh. All in good fun of course and she ran on and off the stage laughing herself. The show was split into three acts with another Dick Merkin video after the first act. This time talking about the cloning of celebrities. According to Merkin, Emma Stone is a clone of Mila Kunis who is a clone of Fran Drescher. Agent Merkin also claimed Keenan came to be after a sex change operation. Lots of information in this clip that I hope it will eventually be posted online. An 18 song setlist with classic tracks like The Remedy and Conditions of My Parole along with picks from the 2020 release Existential Reckoning album like Fake Affront and The Underwhelming.

This was my first Puscifer concert and I’m kicking myself for waiting this long to see them live. This band could easily play bigger venues than the nearly 2,400 seat McFarlin Auditorium but deciding to keep the shows small makes it feel so much more intimate. Seats were placed right up against the stage. No barricade to keep space in between the audience and the band. The best way to see a band like Puscifer.

Conditions of My Parole 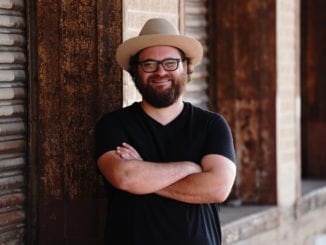 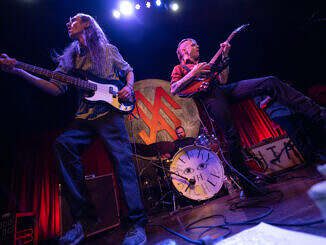 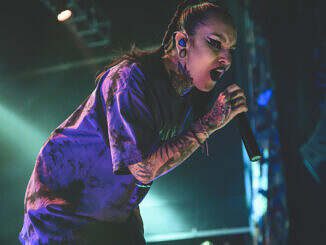