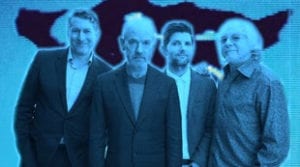 Their wide-ranging discussion spanned from the metaphysical to the nitty gritty: ruminating on politics, identity and the nature of celebrity, as well as delving into the inspirations behind the sonic departure Monster represented, the band’s memories of the fateful 1995 Monster tour, their impressions of the 2019 Scott Litt remixes, and insights into the previously unreleased demos included in the Monster 25 deluxe package.

The 25th anniversary reissue of R.E.M.’s acclaimed ninth album, Monster, is available now. A five-CD, one-Blu-ray deluxe box set includes the original album, a special 2019 remix from Monster producer Scott Litt, a disc of previously unreleased demos and a complete live 1995 performance captured in Chicago. The accompanying Blu-ray offers Monster in both hi-resolution audio and 5.1 Surround Sound, as well as a host of video content: the 90-minute film Road Movie, which documents R.E.M.’s 1995 tour, and all six music videos from Monster. The collection is packaged in a five-and-a-half-inch portfolio book, featuring liner notes by journalist Matthew Perpetua—with new insight from band members—and archival photographs. An expanded edition of Monster, offering the original album and the 2019 remixed version, is also be available on two 180-gram vinyl LPs or two CDs, both featuring reimagined cover art by longtime R.E.M. designer Chris Bilheimer. The remastered album is also available as a standalone 180-gram vinyl LP, with the original Monster art.

R.E.M. established a powerful legacy as one of the most enduring and essential rock bands in popular music history by pioneering the ’90s alt-rock movement, influencing the likes of Radiohead, Nirvana, Pavement and Pearl Jam. Formed in 1980, the group enjoyed an extraordinary three-decade long run of creative vitality and multi-platinum sales before amicably disbanding in 2011. Despite great success, the band members never lost track of their core values, remaining outspoken in their views about political, social and environmental issues, and never wavering when it came to artistic integrity. Over the course of their career together—an immense legacy which approaches a 40-year tenure in 2020—R.E.M. released a total of 15 studio albums, won three GRAMMY® Awards and, in 2007, were inducted into the Rock and Roll Hall of Fame. 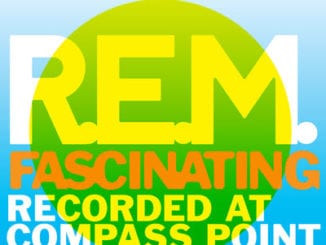 R.E.M. SONG TO RAISE FUNDS FOR HURRICANE RELIEF IN THE BAHAMAS