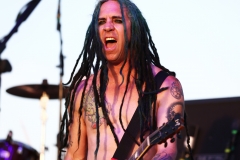 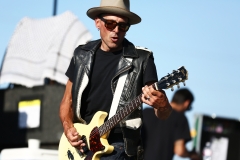 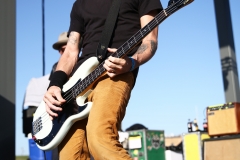 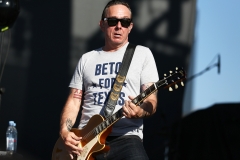 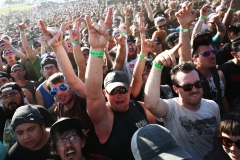 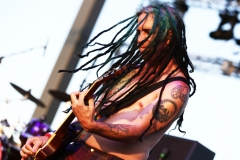 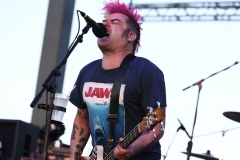 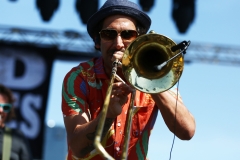 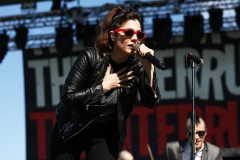 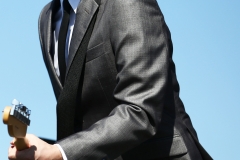 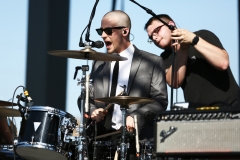 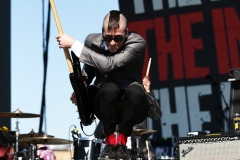 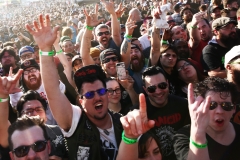 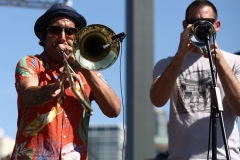 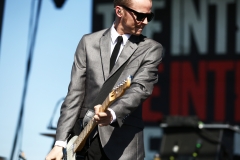 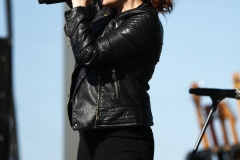 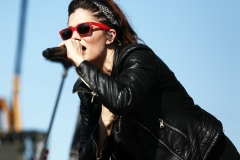 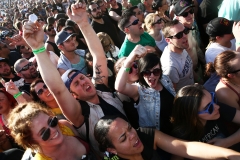 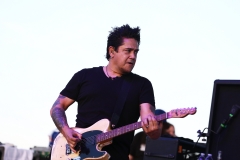 Panther Island Pavillion in Fort Worth became ground zero for a bunch of middle-aged folks that are fueled by craft beer and punk rock music as the 2nd annual Punk in Drublic rolled into town Sunday afternoon. The 21+ event, sponsored in part by Stone Brewing, featured samples of beer from at least 15 local beer companies. Those in attendance were given a small glass and had access to more than 100 different kinds of craft beer. The tasting only lasted the first few hours though, after 4 pm the attendees had to start paying $10 for their beers. That didn’t seem to be a problem though with the temp hovering around 90 degrees most of the afternoon. But the whole afternoon wasn’t strictly about beer, nope, it was more about the music.

Punk rock icons NOFX and Bad Religion were joined on stage by The Interrupters, Mad Caddies, and The Last Gang. Kicking things off were The Last Gang from Orange County, CA, who made their Fat Wreck Chords debut last December with a two-song 7in called Sing for Your Supper. Mad Caddies hit the stage next with an army of band members covering the stage. The seven-piece ska punk band sprinkled in a few of their wide range of influences during their 45 minute set, including a little, jazz, polka, and cowpunk.

Next up was the Interrupters, a four-piece band out of  Los Angeles, CA. The Interrupters recently put the wraps on their third studio album, Fight The Good Fight, that was produced by Tim Armstrong of Rancid/Transplants fame. The album is due out on June 29th, but the lead single She’s Kerosene is available now. Lead singer Aimee Interrupter was mesmerizing to watch as she marched back and forth from each side of the stage, whipping the hot a sweaty crowd into a frenzy. It was the perfect primer for the next act, Bad Religion.

It was difficult for me to believe that Bad Religion has been a band since 1980. They are one of, if not the forefathers of hardcore punk rock music from Southern California. They blistered through a twenty five song set that included playing their third album Suffer from front to back. Lead singer Greg Graffin and bassist Jay Bentley both joked on mic that the crowd wasn’t allowed to talk, applause, or drink water while the band played through Suffer. It was pretty amazing to witness live, and from what I’m hearing hasn’t been that much of a rarity.

To close things out for the evening, the host of the event, Fat Mike, brought his band of merry men, NOFX out. With a set of short to the point punk rock songs and a lot of racy dialog in between, I’ve always wondered how many people walk away from a NOFX show offended. A lot of the dialog from Fat Mike on Sunday was directed at how backwoods and redneck Texans really are, but it was all in the name of punk rock right?!?

As the sun set and NOFX blasted their way through selections from their entire catalog,  I couldn’t help but be amused looking at the stage and seeing the Tarrant County courthouse and the County Justice Center loom over Panther Island like Big Brother as songs about anti-establishment and rebellion echoed off their walls. Punk in Drublic was a pretty fun day.

Punk in Drublic – Fort Worth Line Up

1 Comment on Punk in Drublic with NOFX and BAD RELIGION