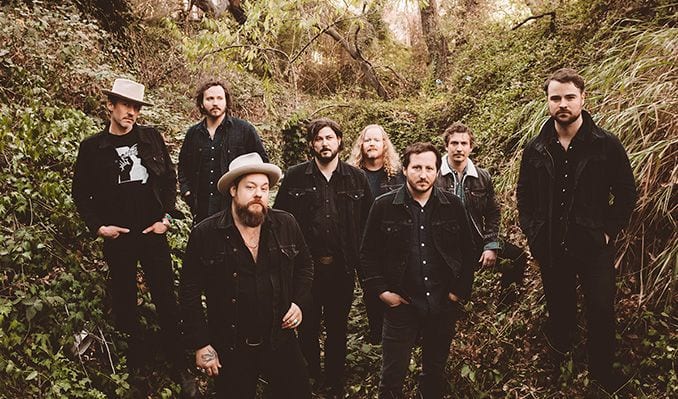 Nathaniel Rateliff & The Night Sweats will join The Rolling Stones on their North American No Filter tour as special guests on Saturday, August 10 at Denver Broncos Stadium at Mile High. The band will also continue to take their lauded live show on the road this year confirming additional performances with Robert Plant, Willie Nelson & Family, Gary Clark Jr., Lucius and Hiss Golden Messenger. See below for complete details.

The group kicked off last year with performances on “The Tonight Show Starring Jimmy Fallon” followed by appearances on “The Late Show with Stephen Colbert” (twice), “Late Night with Seth Meyers,” “Jimmy Kimmel Live!” and PBS’ “NewsHour,” as well as the 100th episode of “NCIS: New Orleans.” Additionally, the band was nominated for “Duo/Group of the Year” at the 2018 Americana Awards.

CRITICAL PRAISE FOR TEARING AT THE SEAMS:

“Possessing the machismo of a young Springsteen, lead singer Rateliff’s vocal
style texturally spans from the new wave croon of Future Islands’ Samuel T. Herring to the fervent gospel shouting of Sam & Dave. The band’s horn section and their frequent nods to classic strains of gospel, rock and soul mean they’re doing genre-less work that isn’t too derivative of or reliant upon any one influence.”

“Some musicians are content to entertain an audience, others seek to illuminate issues or themes close to their hearts, and some are in it chiefly for fame and/or fortune. A precious few see music as a way to channel and disseminate nothing less than a life force through music, a mission that appears to be the raison d’être of Nathaniel Rateliff & The Night Sweats.”

“Rateliff’s passionate voice and honest songs are the heart of the record. His gospel-style vocals are tucked into the band, but when the lyrics jump out, they offer up little pearls of wisdom.”

Cover story for the October/November 2018 issue
“Rateliff & The Night Sweats consistently prove that they’re well up to the task before them, that is, to preserve the classic-soul style that their storied label has always embodied. It’s little wonder then that Tearing at the Seams is so potent and profound.”

“Tearing at the Seams, a soulful, bluesy venture that taps into all the elements that made their debut album successful.”