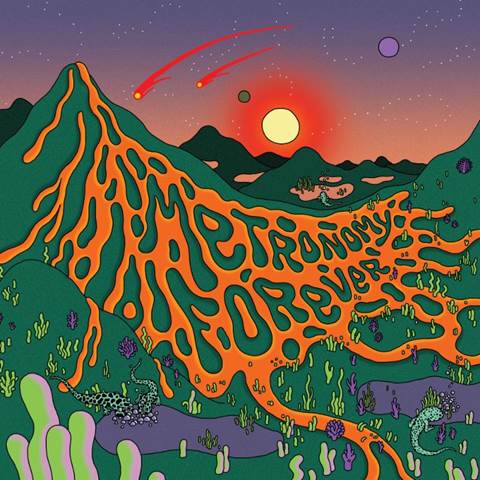 What the press is saying about Metronomy Forever:

“some of the English electro-indie band’s best songs”

“their best since ‘The English Riviera'”

Right on the heels of releasing their new album Metronomy Forever, British five-piece Metronomy returns to announce a headlining North American tour. The band will tour the UK and Europe and perform a show at Rough Trade in Brooklyn (which sold out in less than 24 hours) before kicking off the run February 1st in Philadelphia. Stops in New York, Chicago, Seattle, and Los Angeles will follow before concluding the run February 26th in Austin. Tickets go on sale Friday, September 27th at 10 AM local time.

Metronomy Forever, out via Because Music, is being hailed as a landmark moment in Metronomy’s career, praised for capturing the band’s playfulness and experimentation. The album comes from a desire to replicate the feeling of listening to the radio, with sumptuous songs of different styles helping lighten your mood: their inimitable electro-pop now complemented by other tone-setting productions. The album also reflects Mount’s work on Robyn’s game-changing album Honey with recurring themes of love, romance and sex.

Listen to Metronomy Forever above, find full tour routing below and stay tuned for more from Metronomy coming soon.

8. Forever Is A Long Time