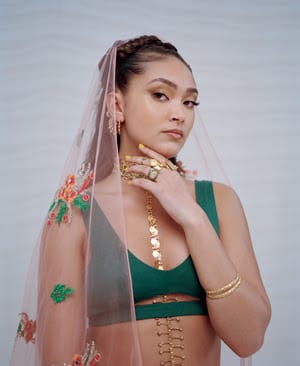 “Anyone But Me” is Joy Crookes’ first release since her name appeared on major industry tip lists at the beginning of 2020, from the BRITs Rising Star Award shortlist to Amazon Music, Youtube Music and others. The 21-year-old singer is already gaining recognition from major outlets, such as Vogue, i-D, The Guardian—which lauded her “effortlessly nuanced and individual melodic sensibility”—FADER and more.

Born and raised in the South London neighborhood of Elephant and Castle, Joy is of Bangladeshi and Irish descent. She spent her teen years playing in bands with friends, and later, videos she posted of herself singing on Youtube caught the attention of the music industry. She has put out three EPs —Influence EP in 2018 and Reminiscence EP and Perception EP in 2019—toured internationally to sold out crowds and performed at festivals such as BBC Radio 1’s Big Weekend.