NORTH AMERICAN TOUR WITH THE LUMINEERS BEGINS NEXT WEEK 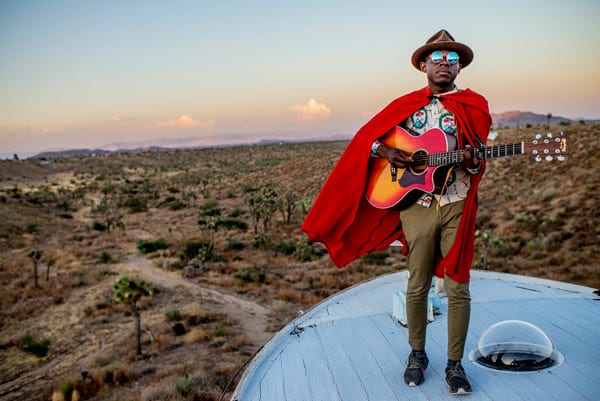 Breakout singer-songwriter J.S. Ondara recently visited the NPR Headquarters in Washington, DC to to play a Tiny Desk concert. Ondara performed “Lebanon,” “Days Of Insanity,” and “Saying Goodbye”– songs taken from his critically lauded debut Tales of America, which is nominated for Best Americana Album at the 62nd Grammy Awards.Watch/share his performance HERE.

Tales of America, produced by Grammy-nominated Mike Viola, was released last year to widespread critical acclaim. Ondara made his television debut on “CBS This Morning: Saturday” performing “Saying Goodbye,” “Torch Song” and “Lebanon” accompanied by Taylor and Griffin Goldsmith from Dawes (who are also featured on the album). He also performed on the “Today Show, ” Live from Here with Chris Thile, appeared on NPR’s “All Things Considered” and “World Cafe.” Ondara was featured as a Rolling Stone “Artist You Need To Know” and “Saying Goodbye” was featured in NPR Music’s “Heavy Rotation: Public Radio’s Most Popular Songs Of 2019.” Additionally, Ondara earned a nomination for Best Emerging Act at the 2019 Americana Awards.

Moreover, Ondara has confirmed new tour dates supporting The Lumineers. The shows kick off in Asheville, NC next week and will run throughout March. The dates follow a massive year of touring for Ondara, including sold out European performances, a completely sold out headlining U.S. tour, and standout performances at Xponential Festival, Newport Folk Festival and Edmonton Folk Festival, among others.

J.S. Ondara grew up in Nairobi, Kenya listening to American alt-rock and making up his own songs for as long as he can remember. At an early age he fell in love with the music of Bob Dylan and moved to Minneapolis in 2013 to pursue a career as a singer and songwriter. He began making his way in the local music scene, continually writing songs about what he saw, felt and experienced in a place far different from home. Since then, he has toured as a headliner nationwide as well as opening for the likes of Neil Young, Lindsey Buckingham, Anderson East, First Aid Kit, The Milk Carton Kids, Mt. Joy and The Head & The Heart.