Pinkish Black will be putting on a free show Saturday, June 15th at Panther City Vinyl.

Time – 4PM – Get there early the space in tight.

The early history of experimental duo PINKISH BLACK is as mournful and tumultuous as the band’s music. The Fort Worth, TX band originally formed in 2005 as a three piece doom/jazz project known as The Great Tyrant, but The Great Tyrant never got the chance to release any music – in February 2010, midway through a battle with technical problems, the band’s bassist Tommy Atkins tragically committed suicide, bringing the album’s recording and production processes to a halt. 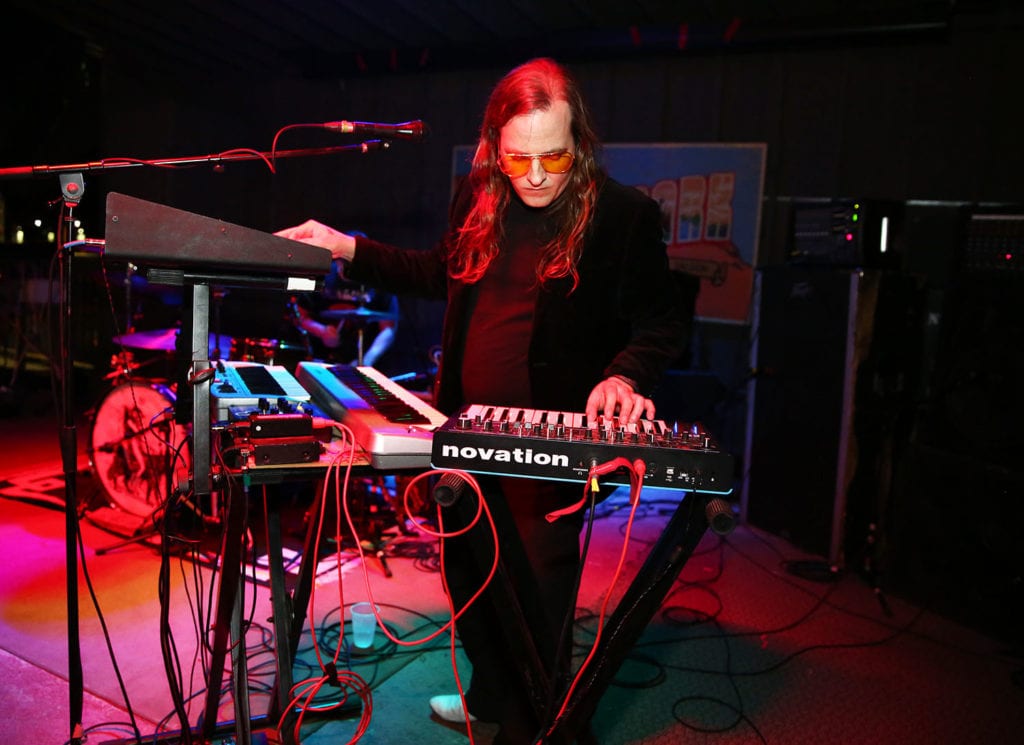 After Atkins’s passing, remaining members Jon Teague (drums/synths) and Daron Beck (vocals/synths/ keyboards) set out to redefine current conceptions of heavy music with an unorthodox and forward-thinking synth- driven approach, furthering the work they had started with The Great Tyrant. The band, now a duo, changed their name to PINKISH BLACK in 2010, and released their self-titled debut that same year on Handmade Birds. Pinkish Black was critically acclaimed, as was the band’s 2013 follow-up on Century Media, Razed to the Ground. In its review of the former, Pitchfork called PINKISH BLACK “a band that exudes promise,” while Stereogum called the latter album “an absolute stunner.”

Since Razed to The Ground, PINKISH BLACK have solidified both their confidence and their direction – they signed to Relapse in December 2014, and have steadily refined their songwriting and style over the course of the last two years. Though usually associated most closely with the metal scene, PINKISH BLACK have demonstrated an unflinching capacity to dip their toes in all sorts of disparate musical markets, from doom metal and industrial to post-punk and no-wave.

October 2015 will see the release of PINKISH BLACK’s newest opus, Bottom of the Morning,a 7-track dark music journey that runs the full gamut of influences PINKISH BLACK have touched on in the past as well as many new experimentations added to their palette. From the gothic, horror-movie-esque organ intro of opener “Brown Rainbow” to the wistful, fuzzed-out conclusion of final track “The Master Is Away,” Bottom of the Morning is simultaneously dark and catchy, dissonant and melodic, smothering audiences with heavy layers of distorted, repressive gloom that still end up as earworms despite their pessimism. It’s as if Scott Walker and John Carpenter were having a bad acid trip with the Melvins, or if someone dipped PINKISH BLACK’s ambling, psyched-out space-rock influences in a vat of molten iron. Recorded at Echo Lab Studios in Argyle, TX by Matthew Barnhart and mastered by James Plotkin (Cave In, Electric Wizard), Bottom of the Morning stands to see PINKISH BLACK affirm themselves as one of the most interesting and far-thinking experimental duos currently active.