EKALI ENLISTS KIIARA FOR NEW SINGLE ‘BACK TO YOU’

TOURING WITH ILLENIUM THIS FALL!

OUT TODAY VIA BIG BEAT RECORDS

Ekali season is upon us! Ahead of the release of his forthcoming LP, the Canadian-born, LA-based producer extraordinaire just released “Back To You,” the third (and latest) taste of the album, for which he enlisted Atlantic Records’ brilliant multi-platinum, alternative-pop singer-songwriter Kiiara on vocals. Known for his versatility, Ekali’s collaboration with Kiiara (who has over 1 Billion cumulative global streams for her monster hit “Gold”) further establishes his ability to sonically innovate in the electronic and indie pop worlds. On “Back To You,” the two meteoric-rising artists combine forces in the form of a sleek genre-bending experimental record with undeniable production and gleaming vocals – LISTEN HERE!

World renowned as a double threat producer and DJ and known for early production credits on Drake’s If You’re Reading This, It’s Too Late, along with high-profile collaborations with Denzel Curry, Yuna, K. Flay, Medasin, ZHU, Falcons. Originally Hailing from Canada, Ekali’s Crystal Eyes EP was nominated for a prestigious Juno Award as Electronic Album of the Year, and his last release, “Be Fine” ft. Wafia, reached almost 500k global streams in its first week alone. Along with all-star collaborations and over 60 Million global streams to date, the future is looking bright for Ekali.

“Back To You” is the 3rd single of Ekali’s forthcoming LP, which features the likes of Au/Ra, Illenium, Nitti Gritti, and more. Known for his energetic, genre-blurring live performances, Ekali’s already played festival stages around the world, including Coachella, Lollapalooza, Life is Beautiful, HARD, EDC, Electric Forest, Ultra, and more. His upcoming support dates on Illenium’s arena tour are sure to open him up to a whole new audience before he hits the road in 2020 on a solo headline tour across Canada and the US, hitting cities across North America.

Multi-Platinum “Princess of Chop-Pop” Kiiara burst into the limelight in 2016 with her chart-topping smash hit “Gold,” which has not only accrued over a billion streams, it also reached #5 on Billboard’s Top 40. Her chameleon-like vocal prowess has resulted in high-profile collaborations with some of pop, EDM, rock and hip-hop’s biggest players, including Ty Dolla $ign, Future, David Guetta, Steve Aoki, Lil Wayne, Jai Wolf and Felix Snow to name a few. She’s also teamed up with one of her longtime idols: nu metal/rock legends Linkin Park. Their Gold-certified collaboration, “Heavy,” earned a nomination for Top Rock Song at the 2018 Billboard Music Awards. Her latest releases “Bipolar” and “Open My Mouth” are the first glimpses into her new musical chapter, which is set to culminate in her highly-anticipated debut album.

With Ekali and Kiiara’s talents combined, “Back To You” is sure to make its mark on the charts. In the meantime, keep an eye out for more on Ekali’s debut album, coming soon! 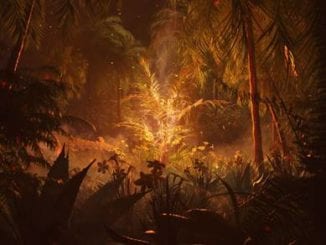