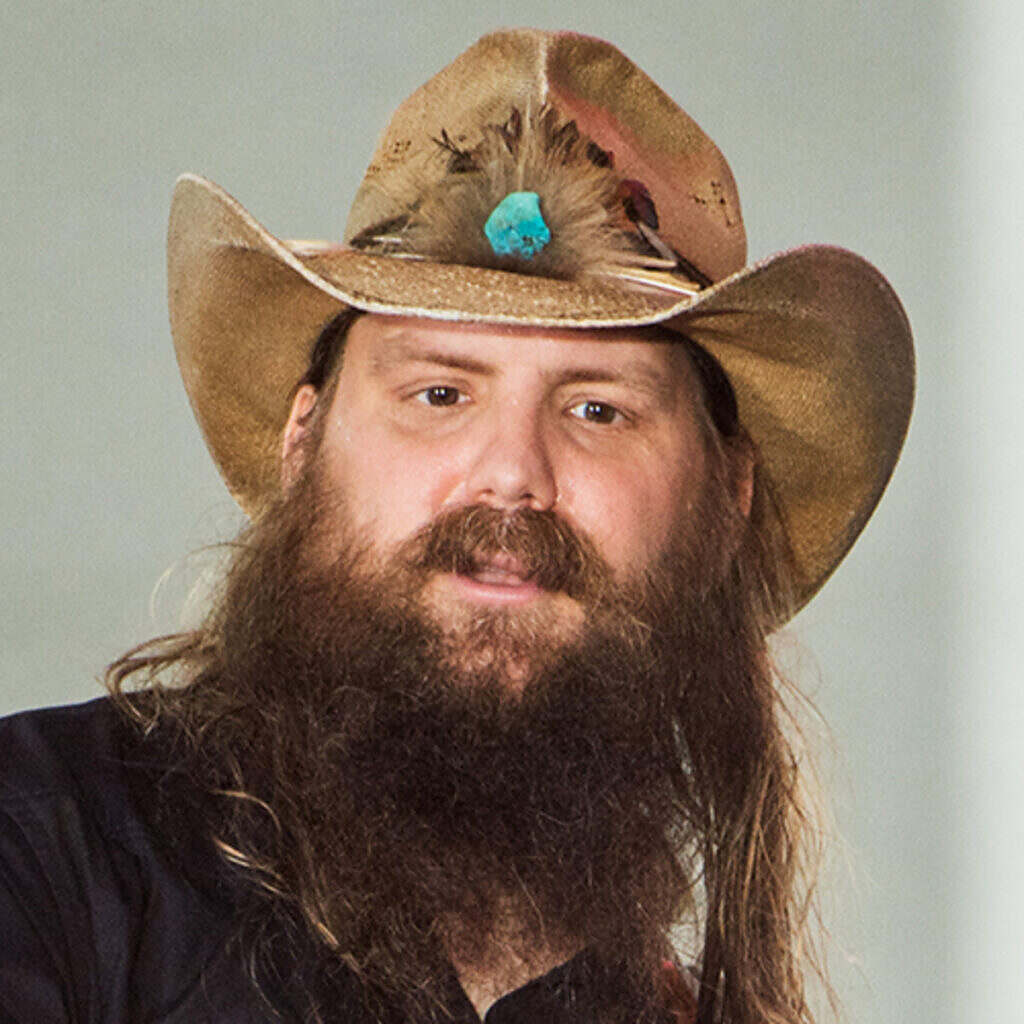 Stapleton’s highly anticipated “All-American Road Show” will continue through next year including stops at Arlington, TX’s Globe Life Field, Atlanta’s Cellairis Amphitheatre at Lakewood, New York’s Madison Square Garden, two nights at Nashville’s Bridgestone Arena and Washington State’s Gorge Amphitheatre among many others. The tour also includes“A Concert for Kentucky”—a special performance to be held at University of Kentucky’s Kroger Field on April 23, 2022. The concert is the first ever held at UK’s Kroger Field and will feature very special guests Willie Nelson and Family, Sheryl Crow and Yola. 100% of the concert’s net proceeds will benefit Stapleton’s newly created Outlaw State of Kind Hometown Fund. Established in partnership with the Blue Grass Community Foundation, the fund will specifically support local and national organizations directly impacting Kentucky, with initial grant distributions focusing on music and arts education. Tickets are on sale now at ChrisStapleton.com. See below for complete tour itinerary.

The tour celebrates Stapleton’s critically acclaimed new album, Starting Over, which debuted at #1 on the Billboard Country Albums chart. Moreover, the album’s title track recently reached #1 at country radio’s Mediabase Chart, only Stapleton’s second chart-topping single as an artist following 2018’s “Broken Halos.” Released this past fall on Mercury Records Nashville (stream/purchase here), Starting Over is an album of startling prescience, featuring fourteen tracks that examine life’s simplest joys and most serious struggles. Once again produced by Grammy Award-winning producer Dave Cobb, the record won Album of the Year at the 56th ACM Awards and landed on several “Best of 2020” lists including NPR Music, Rolling Stone, Billboard, Esquire, Vulture, The Tennessean and The New York Times, who declares, “Chris Stapleton’s roar isn’t designed to scare you off. It’s regal, an announcement of an alpha figure asserting his primacy…on this, his fourth album, the thrill is back.”

Recent critical acclaim for Starting Over:

“Simply put, there are few recording artists in country operating at Stapleton’s level, and Starting Over keeps the bar very high.” —Billboard

“a dynamite and dynamic new album from the mighty-voiced Kentucky native…the singer-songwriter is hitting new heights, nailing the crossroads of country, rock, gospel, and pop across 14 tracks.”—Entertainment Weekly

“vividly exemplifies the complex emotional character of Stapleton’s best music. He’s burly but soft. Tough yet vulnerable. A protector of his loved ones and a man in perpetual search of shelter.”—Los Angeles Times

“Chris is at the top of his game with this record. It sounds like a record from a great.”
—NPR Music

“Regardless of where he’s going lyrically, Stapleton brings to each successive tune a rugged assuredness and a steely resolve: There’s never any doubt that he means what he says”—Relix

“The chill Nashville trailblazer feels at home in songs that echo his pop songwriting and his
country roots.”—Rolling Stone

“expands a sonic identity and storytelling fervor that Stapleton established on his paramount debut, Traveller, and its two-part follow-up, From A Room Vol. 1 and Vol. 2.”
—The Tennessean

“He has [Willie] Nelson’s tender touch, but his bluesy side is much louder; his is a part-acoustic, part-stinging approach in which Nelson’s Trigger meets B.B. King’s Lucille.”—Variety

“It’s every bit the tour de force his breakthrough album was…Elegant writing and delicate musicianship combine in an album ranking among the year’s best.”—Vulture

Kentucky-born Stapleton is a 5x Grammy, 10x CMA and 9x ACM Award-winner and one of the country’s most respected and beloved musicians. Following 2015’s quadruple platinum breakthrough solo debut album Traveller, Stapleton released two #1 albums in 2017. Both From A Room: Volume 1 (certified platinum) and From A Room: Volume 2 (certified gold) take their name from legendary RCA Studio A, where they were recorded with Cobb. Released to overwhelming critical acclaim, The Tennessean praises, “Both are rich with the textures of Stapleton’s vocals that make him one of country music’s most beloved artists, classic country sounds and thoughtful articulate lyrics about love, life and pain.” He was also recently announced as the first-ever “Artist-Songwriter of the Decade” recipient by the Academy of Country Music.

+with special guests The Marcus King Band and Yola

%with special guests The Marcus King Band and Caylee Hammack