Share Official Video for “What Do I Get?” – Watch HERE 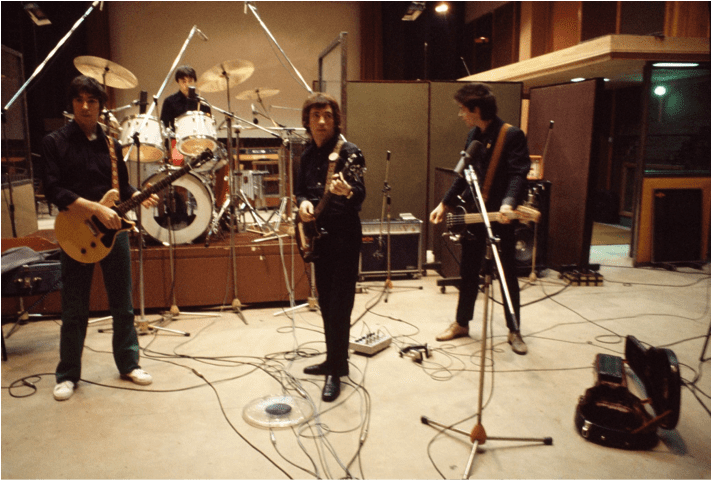 Today sees the release of Buzzcocks albums A Different Kind Of Tension and Singles Going Steady, the latest pair of albums in the continuing Buzzcocks reissue campaign via Domino.

To mark the releases, Domino have shared Buzzcocks’ 1978 performance of their biggest hit, “Ever Fallen In Love (With Someone You Shouldn’t’ve)” on the British music chart TV show Top Of The Pops, as well as the official video for “What Do I Get?”

Both have been digitally restored and are officially available online for the first time.

Watch “Ever Fallen In Love (With Someone You Shouldn’t’ve)” HERE
Watch “What Do I Get?” HERE

In London, What Do I Get? : 40 years of Buzzcocks and the art of Malcolm Garrett, a very special exhibition celebrating Garrett’s distinctive artwork for the band, takes place tomorrow, June 15th, between 10am-6pm.

The band, featuring Steve Diggle and the current members, will also play a concert at the Royal Albert Hall in London on June 21st 2019, by way of a celebration of Shelley’s life and musical genius following his untimely death in December 2018. The band will be joined by a host of special guests, including Thurston Moore (Sonic Youth), Tim Burgess (The Charlatans), Captain Sensibleand Dava Vanian (The Damned), Peter Perrett (The Only Ones), Richard Jobson (Skids), Pauline Murray (Penetration), and “classic” Buzzcocks members John Maher and Steve Garvey. Paul Morley will MC.

The pair of albums follow the 40th anniversary re-issues of Another Music In A Different Kitchen and Love Bites in January of this year, and the re-release of the band’s debut EP, Spiral Scratch, and a 1976 collection of demos, Time’s Up, in March 2018.