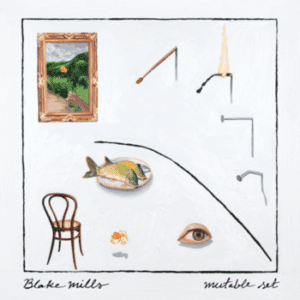 GRAMMY-winning producer, composer, guitarist and songwriter Blake Mills’ new album, Mutable Set, is out now via New Deal Records/Verve. Listen/purchase the new record HERE. Mills will be celebrating the record’s release with a live performance on Pitchfork’s Instagram tonight, May 8, at 8pm Eastern. Tune in to the livestream HERE.

Mutable Set is Mills’ fourth studio album, crafted as a soundtrack to the emotional dissonance of modern life. The record reflects the push and pull of opposing forces: harmony and eerie tension, symphonious crescendos against moments of near silence, melodic yet unresolving chord progressions. The sonically warm album holds Mills’ guitar finger picking, gentle piano playing and relaxed tenor at its center.

Mills is widely sought after as a producer, co-writer and session musician, collaborating with such diverse artists as Fiona Apple, Alabama Shakes, John Legend, Sara Bareilles, Jay-Z, Laura Marling, Phoebe Bridgers, Randy Newman and Perfume Genius, among others. He was nominated for “Producer of the Year” at the GRAMMY Awards in both 2015 and 2017, and his producing on Alabama Shakes’ Sound & Color won the “Best Alternative Music Album” GRAMMY Award in 2015.