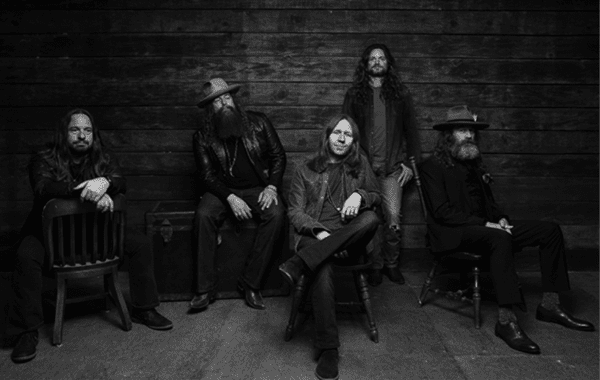 Acclaimed American rock band Blackberry Smoke will release their new project Homecoming: Live In Atlanta—a new live album and concert film—on November 15. Recorded at their annual “Brothers and Sisters Holiday Homecoming” show at Atlanta’s Tabernacle last November, both the album and film, which was directed by Lagan Sebert and Ted Roach, are now available for pre-order. In advance of the release, the film’s official trailer can be viewed HERE.

Of the project, lead singer Charlie Starr shares, “We are really excited to have everyone experience an Atlanta Homecoming show at the Tabernacle. With this live album and film, we tried to capture that special energy. We feel that Homecoming lets you hear and see how much fun we have at those shows.”

The project features songs from across the band’s acclaimed career including several from their latest full-length album, Find A Light. The album debuted as the best-selling Country and Americana/Folk album in the country, entered at #3 on the Billboard Top Country Albums chart and #2 on the Billboard Americana/Folk Albums chart. Of the album, NPR Music praises, “…Find a Light pushes the envelope while providing that famous Blackberry Smoke autonomy, delivered with soulful vocals, haunting harmonies and kick ass songs.” Following the album’s release, Blackberry Smoke returned to the studio and recorded The Southern Ground Sessions as an accompaniment to Find A Light. The 6-song EP was recorded live at Southern Ground studio in Nashville, TN and features acoustic versions of five album tracks as well as a rendition of Tom Petty’s “You Got Lucky” featuring Amanda Shires. Adding to their landmark year, the band’s music is also featured extensively across the second season of the hit television show Yellowstone.

Known for their electric live shows, the Atlanta-based band will continue to tour extensively this fall including upcoming stops at Asheville’s Meadow at Highland Brewing, Madison’s The Sylvee, St. Paul’s Palace Theatre and Chicago’s House of Blues among many others. In addition to the headline dates, the band will also join Kid Rock for two shows this month. See below for complete details.

September 20—Louisville, KY—Bourbon and Beyond

†with special guest The Record Company