“No novelty, the B-52s may be the most subversive band America ever gave us…Campy? Yes. Colorful? Yes. Fun? Very much so. But none of this should take away from their value as vanguards”- Salon

“The greatest white dance band in the world”- Interview Magazine

“From the very beginning, the B-52s were an undeniably great live act” Pitchfork

Now with over 20 million albums sold into their career, there can be no doubt as to why The B-52s remain one of rock music’s most beloved and enduring bands. As the B-52s continue to celebrate their 40th Anniversary, the band announced a world-wide tour today that is expected to cover more than 10 countries and will include a headlining North American summer tour. OMD andBERLIN will support on select North American dates.

In 2018, the B-52s began their  40th anniversary celebration in style,  co-headlining a massively successful American tour withCulture Club and Thompson Twins, taking over venues across the country. Continuing the festivities, Da Capo Press/Hachette Books has announced plans to publish the first-ever official history of the band in 2020. Meanwhile, the B-52s have joined forces with Executive Producer Fred Armisen and Director Craig Johnson [Skelton Twins, Wilson, Alex Strangelove] to develop an authorized documentary film of the group.

“Who knew that when we played our first house dance party in Athens, Georgia in 1976 that we would be still be rocking the house in 2019!” says vocalist Kate Pierson. Adds fellow vocalist Cindy Wilson, “Visiting over 10 countries to perform for our fans around the globe makes us so incredibly happy. Let’s rock!” Front man Fred Schneider gives fair warning, “Woo-hoo! Europe and then all over North America! Dust off those go-go boots and shine your dancing shoes because the B-52s are coming!”

You don’t need to look too hard to see or hear the multi-dimensional influence of the B-52s. As they take their party-music revolution into the 21st century, the B-52s show no signs of slowing down, serving up their own unique blend of music and showmanship to millions of fans around the world. 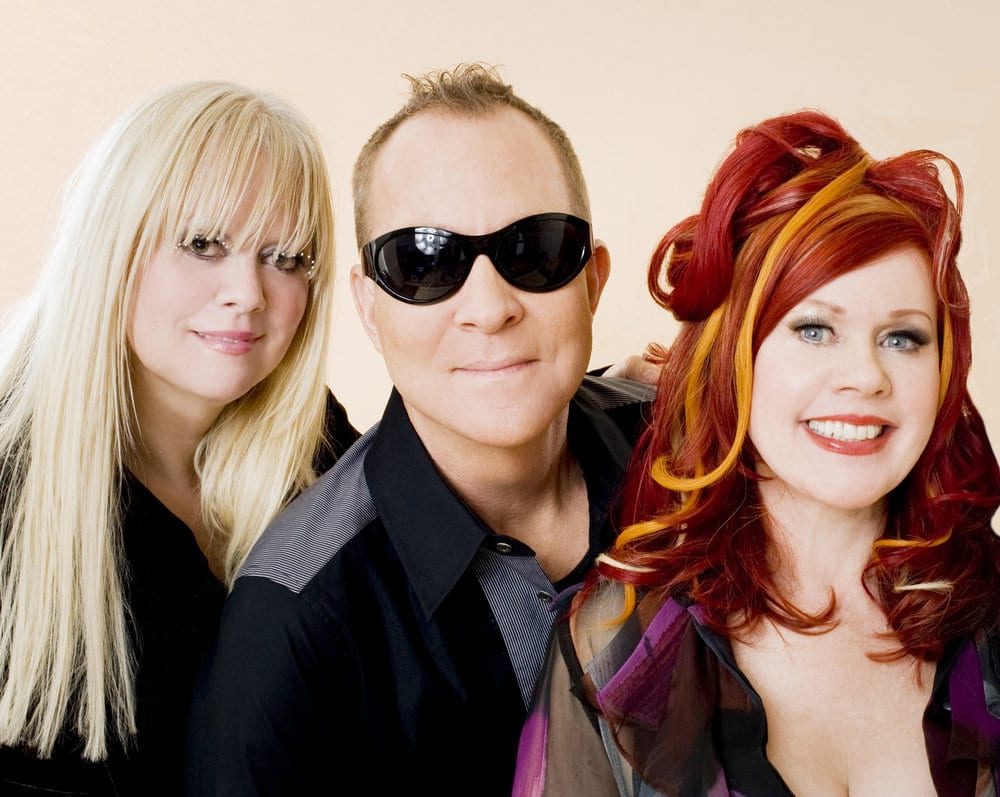 Selling over 20 million albums worldwide, The B-52s—Fred Schneider [vocals], Kate Pierson [vocals], Cindy Wilson [vocals], and Keith Strickland [guitar, drums, keys, programming]— have quietly impacted alternative music, fashion, and culture over the course of four-plus decades. They count John Lennon, Madonna, James Murphy, and Michael Stipe among their disciples. Panic! At The Disco, Blood Orange, The Offspring, Pitbull, Roger Sanchez, and DJ Shadow have sampled classics from the band’s discography as Seth MacFarlane’s Family Guy, The Simpsons, Sugarland, and more offered up covers of their own. They inched towards the forefront of the post-punk movement in America codified by 1979’s self-titled The B-52s. Not only did the record go gold, but it also placed at #152 on Rolling Stone’s “500 Greatest Albums of All Time” and #99 on VH1’s “Greatest Albums of All Time.” The gold-selling Wild Planet arrived hot on its heels in 1980. With Keith brilliantly filling the void in with music composition and live show guitar duties, 1989’s watershed Cosmic Thing elevated the B-52s to another galaxy altogether. It moved 5 million-plus units and spawned a string of Top 10 smashes in the form of the GRAMMY®-nominated “Roam” and “Love Shack”—whichRolling Stone lauded on the “500 Greatest Songs of All Time.”

After a 16-year hiatus, The B-52’s proved as bright, bold, and boundless as ever on 2008’s Funplex. The momentum only ramped up when they roamed on tour in 2015. As they prepare a high-profile documentary and first official book, The B-52s look forward to inspiring future generations.

Orchestral Manoeuvres in the Dark (OMD), the synth-pop duo from Wirral, England, pioneered their genre combining massive chart success with experimentation on albums such as “Organisation”(1980) “Architecture and Morality” (1981) and “Dazzle Ships” (1983). Hits such as ‘Enola Gay’, ‘So in Love’ and ‘If You Leave’ propelled them into the stratosphere. The latter of which was heavily featured in the John Hughes ’Pretty In Pink’ film. The band has sold over 15 million albums and 25 million singles. OMD re-united in 2007 and have been playing sold out concerts worldwide to critical and fan acclaim ever since. Their recent studio albums ‘English Electric’ and ‘Punishment of Luxury’ show the band to be one of the few of their generation still able to create music that inspires. Their live show never fails to impress, full of hits and full of energy. “Electronic music is our language”, Andy says. “It’s how we talk.” The band will be celebrating their 40th anniversary with the release of a Singles collection and collectors box set that spans their truly remarkable career. OMD live are Andy McCluskey, Paul Humphreys, Martin Cooper, Stuart Kershaw.

BERLIN will forever be recognized as the American progenitor of electro-pop artistry with sensually appealing lyrics.  Few bands emerging from the era of BERLIN have achieved as far-reaching and long-lasting an impact and, rarely, such a timeless array of musical grooves.  The Los Angeles-based band made its first national impression with the provocative single “Sex (I’m A…)” from the platinum-selling debut EP Pleasure Victim in 1982. “The Metro” and “No More Words” were also chart toppers, but it was the unforgettable, intimate, and strikingly beautiful love song, “Take My Breath Away” that took the band to another level.  The ballad’s defining role in the Tom Cruise film, Top Gun, helped solidify BERLIN’s everlasting place in American pop-culture.  The song was a #1 international hit and received both the Golden Globe and Academy Award for “Best Original Song” in 1986. BERLIN’sdiscography has yielded twelve gold and platinum album awards. The band—founded by Nunn, bassist John Crawford, and keyboard player David Diamond—made its everlasting place in American pop-culture. Nunn’s ongoing influence earned her the #11 spot on VH1.com’s “100 Greatest Women in Rock,” while, as an actress, she played leading roles in films including Katie: Portrait of a Centerfold with Kim Basinger, and Thank God It’s Friday with Jeff Goldblum and Debra Winger. Along with comedienne, Wendy Liebman, Nunn also previously hosted the critically acclaimed radio show Unbound with Terri Nunn on 88.5 FM KCSN Los Angeles. Nunn, Crawford and Diamond have just finished recording a brand new BERLIN studio album, scheduled for release in July 2019. The album marks the first studio collaboration by Nunn, Crawford and Diamond since Love Life, the third BERLIN album, released in 1984.