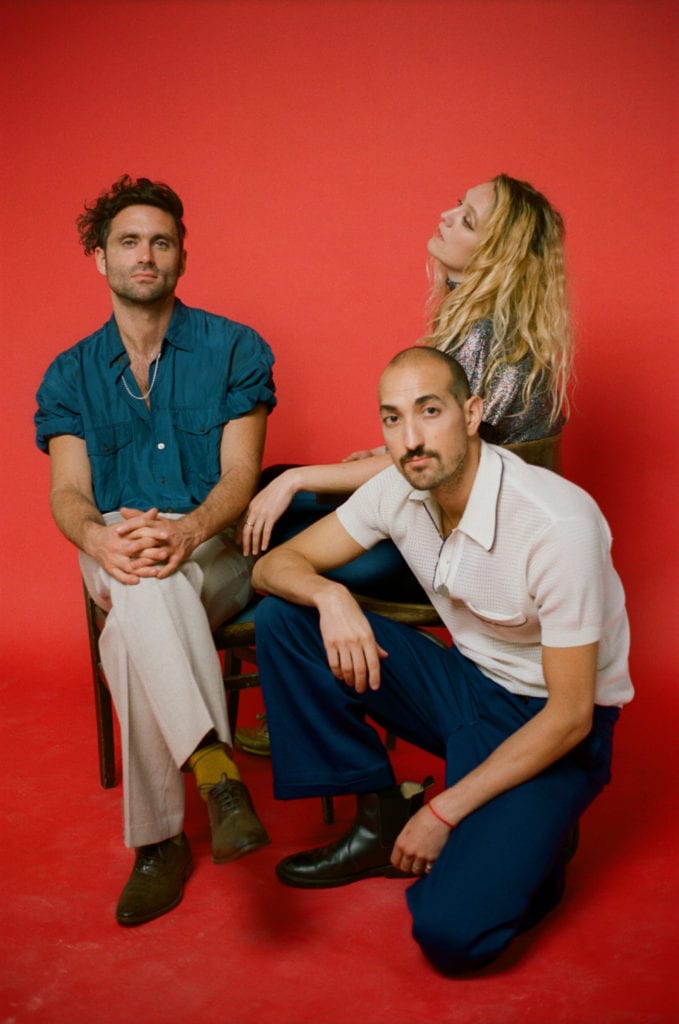 Following the release of tropical-tinged track “L Is For Lose” this past Halloween, Liverpudlian trio All We Are today share a new song, “Bad Advice”.

“Bad Advice” continues in the same technicolor vein, complete with propulsive drums and rousing synths, alongside an 80’s-inspired, roller-rink video directed by Moon. It gives a further taste of what is in store for All We Are’s third album, to be announced later this year.

All We Are say, on the new song:
“In this jungle of half-truths, pseudo-science and vagina scented candles, what seems like the best advice isn’t always given with the best intentions. That is BAD ADVICE and it’s just not good enough.”

“Bad Advice” director Moon added:
“As soon as I heard the track, it felt like the opening to a tv show or a musical, that’s where the whole opening credits theme came from. I’d always wanted to do a video on skates, but after building the entire storyboard and getting hyped about the idea, I realised that the band probably couldn’t skate amazingly. My workaround was to green screen the top half of them and stick it on top of some amazing skaters doing a cool routine in a sick 80s roller disco.”

All We Are—Guro Gikling from Norway (vocals, bass), Luis Santos from Brazil (guitars) and Richard O’Flynn from Ireland (drums/vocals)—released their psychedelic, grooving self-titled debut album in 2015. Its successor, the krautrock-exploring, post-punk tour de force Sunny Hills, followed in 2017. Having exorcised some of their anxieties on Sunny Hills, the shapeshifting three-piece return on “L Is For Lose” and “Bad Advice” with a new lease of life, delivering their most euphoric, funky and propulsive work to date.