“RUN AWAY FROM IT ALL”

FROM THE BAND’S NEW CONCERT FILM AND LIVE ALBUM HOMECOMING: LIVE IN ATLANTA OUT NOVEMBER 15

Acclaimed American rock band Blackberry Smoke recently debuted a new live version of their song “Run Away From It All.” Listen/share HERE and watch the live performance video HERE.

Of the song, lead singer Charlie Starr reflects, “This is one of four songs I wrote with [former Buckcherry guitarist] Keith Nelson. We weren’t writing for any particular project, we were just writing some songs and boy! they turned out to be good ones. ‘Run Away From It All’ was the first one we wrote together and I think it speaks for itself. It’s got a nice little swagger to it and a nice groove. The lyrics are about how nice it would be if we could run away from our problems.”

The live version of the track comes from the band’s new project Homecoming: Live In Atlanta, a live album and concert film, which will be released on November 15. Recorded at their annual “Brothers and Sisters Holiday Homecoming” show at Atlanta’s Tabernacle last November, both the album and film—directed by Ted Roach and Lagan Sebert—are now available for pre-order. In advance of the release, the film’s official trailer can be viewed HERE.

Of the project, Starr shares, “We are really excited to have everyone experience an Atlanta Homecoming show at the Tabernacle. With this live album and film, we tried to capture that special energy. We feel that Homecoming lets you hear and see how much fun we have at those shows.”

The release features songs from across the band’s acclaimed career including several from their latest full-length album, Find A Light. The album debuted as the best-selling Country and Americana/Folk album in the country, entered at #3 on the Billboard Top Country Albums chart and #2 on the Billboard Americana/Folk Albums chart. Of the album, NPR Music praises, “…Find a Light pushes the envelope while providing that famous Blackberry Smoke autonomy, delivered with soulful vocals, haunting harmonies and kick ass songs.” Following the album’s release, Blackberry Smoke returned to the studio and recorded The Southern Ground Sessions as an accompaniment to Find A Light. The 6-song EP was recorded live at Southern Ground studio in Nashville, TN and features acoustic versions of five album tracks as well as a rendition of Tom Petty’s “You Got Lucky” featuring Amanda Shires.

Known for their electric live shows, the Atlanta-based band will continue to tour throughout 2019 with upcoming stops at Jacksonville’s Florida Theatre, Key West’s Key West Amphitheater and Orlando’s House of Blues. They will also perform a special show at London’s SSE Arena with Tedeschi Trucks Band next year. See below for complete details. 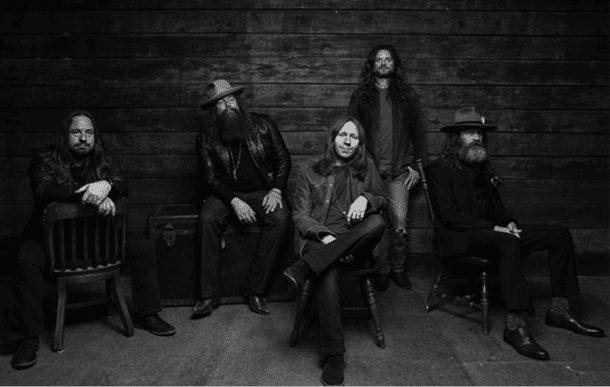