Critical acclaim from Rolling Stone, Billboard, The Mail on Sunday + more pours in:

“… the wistful beauty, grace, and gravity of their music only gets deeper as the decades pass.” – Rolling Stone

[one of the] “Most Anticipated Albums of Early 2020″ – Billboard

‘If anyone ever tells you that modern music is dumb, you can shoot them down with three sylables: Pet Shop Boys.. it’s the first of the albums of the year.” – The Mail on Sunday

“The album’s highs… further prove that the duo has had the most consistent career of any of their synth-pop peers.” – Paste

“Fourteen studio albums is a remarkable feat. And the standard isn’t slipping” – The Sunday Times

Hotspot marks their fourteenth studio LP and third in a series of albums produced and mixed by Stuart Price (following 2016’s Super and 2013’s Electric).

Let me know if you’d like a digital copy of the album, happy to send over. More info, materials, etc. here: More info: http://sacksco.com/pr/pet_shop_boys.html 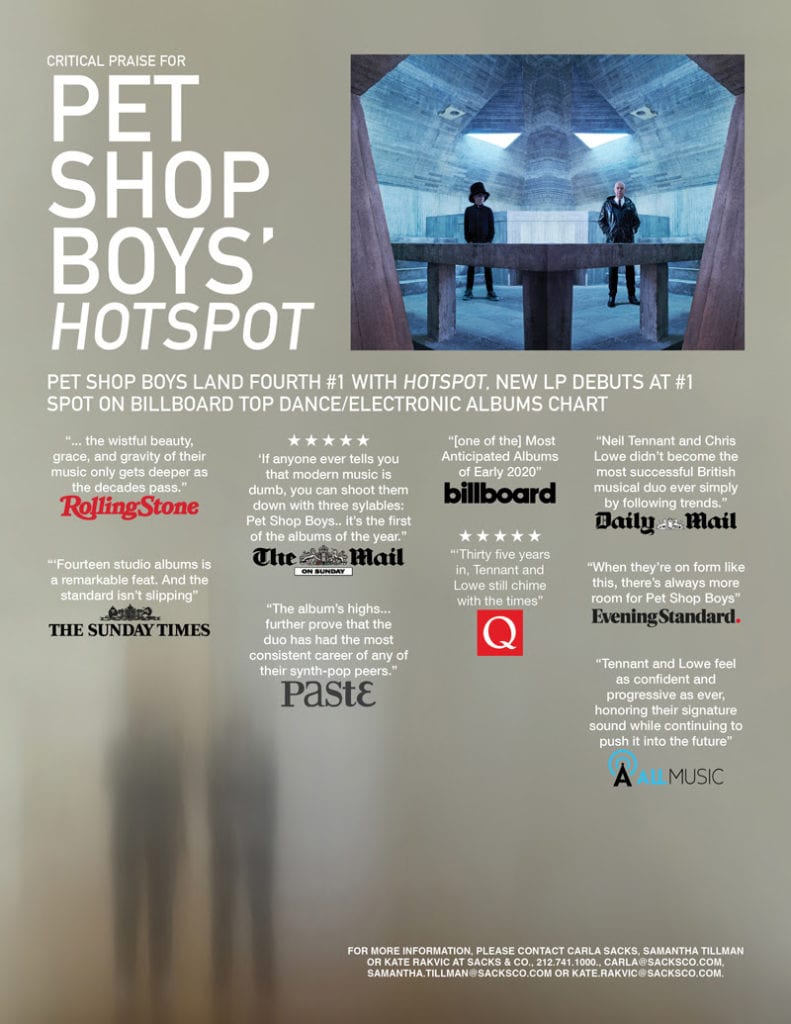